Blockchain Without Mining - Is It Possible?

If you’ve been looking into Bitcoin mining, you might be wondering if blockchain can exist without miners.

After all, how long does it take to mine a single bitcoin? Can blockchain exist without miners? Is it possible?

This article will discuss both questions. Whether blockchain without mining can exist in the future and if miners will be jettisoned altogether from the world’s most popular blockchain network remains to be seen.

To learn more, read on. After you’ve finished reading this article, you should be able to answer these questions.

Why does blockchain need to be mined?

When a transaction is made on the blockchain, it must be included in a new block to be valid. This is a process called mining.

During the mining process, miners change the nonce indefinitely until it reaches a random number. They then check the block’s transactions to ensure they do not duplicate any previous ones. This is important because counterfeit Bitcoins are difficult to detect. The last thing that you want to happen is to spend the same Bitcoin twice.

The mining process leverages economic incentives to provide a reliable way of ordering data in a blockchain.

However, mining requires resources. A cryptocurrency like Bitcoin has a complex mathematical formula called a cryptographic hash. To be able to solve this equation, a team of miners would have to commit to a mining pool.

That’s why mining is so crucial. But what exactly does Proof of Work entail? The answer depends on your level of computing power and the difficulty of the problem.

How long does it take to mine one bitcoin?

The answer to this question depends on a few different factors. Ideally, mining one bitcoin should take 10 minutes or less - depending on the equipment and computing power.

However, it is not always possible to achieve this ideal. The Bitmain Antminer S19 Pro, for example, requires around 1,356 days to mine one BTC. Even then, there are still many reasons that could increase the time it takes to mine a single BTC.

Mining bitcoins on your own can be expensive and requires a large amount of computing power - around a gigawatt-hour of electricity.

One of the biggest factors affecting the overall cost of mining a Bitcoin is the country in which you live. Most South American and Asian countries are cheaper to operate in, and this has made them popular destinations for Bitcoin miners.

The difficulty of mining Bitcoins is a major factor, as it determines the amount of work you need to do to earn a certain reward. When Bitcoin was first launched, the reward for mining a block was 50 Bitcoins.

After the first two hundred thousand blocks were mined, the reward decreased to six and a half Bitcoins. Consequently, the average time to mine a Bitcoin is now 30 days.

Can blockchain exist without miners?

Cryptocurrencies such as Bitcoin require a decentralized, peer-to-peer network called the blockchain. Because it is decentralized, its records are completely transparent and secure, thanks to cryptographic hash functions and timestamps.

This system also prevents individuals from changing or removing previous transactions because they must rewrite the entire blockchain after a transaction. In the absence of miners, it would be nearly impossible to maintain the blockchain.

Mining involves spending large amounts of computing power on algorithms to secure the network and order data. The algorithm relies on third-party participants to be decentralized and receive monetary rewards for their efforts. Misbehaviors incur monetary penalties and lose economic resources. Because mining requires a large investment of computing resources, it is vital to the blockchain.

Cryptographic hashes are a truncated version of digital signatures and are generated in a public network to prevent fraud and tampering. Miners compete to crack the hash value of a crypto coin transaction, and the first one to crack the code adds a block to the ledger.

Is blockchain possible without mining?

The original blockchain was designed to operate without a central authority. However, if a transaction is to be authenticated, it must be signed with cryptographic keys.

Cryptographic keys are strings of data, much like a password, that uniquely identify a person and provide access to their account and wallet. Each user has their own private and public keys. These keys are used to create a secure digital identity and authenticate transactions by creating digital signatures.

To create Bitcoin, miners must spend their computing power to solve complex mathematical equations. The process of mining is a virtuous circle. Miners reward other computers for their processing power.

However, if a single computer no longer exists, the system cannot function without the services of thousands of people. Mining is required even after the last Bitcoin is issued. Despite this, if blockchain technology was to go off the grid, this would mean a decentralized and insecure internet.

Bitcoin mining is a competitive business

The mining industry is highly competitive, with margins reaching 90% for high-end machines. With the price of Bitcoin soaring, miners will have trouble keeping up with the demand.

As a result, some companies are planning to merge, and others have machines on order but have not yet deployed them. As more mining companies move in, existing miners will need to find the right combination of hardware and capital to remain profitable.

In this market structure, no firm has more than two competitors. The firms with the lowest cost of production win. For this reason, miners are incentivized to use renewable and free energy sources. Bitcoin mining is no exception.

The cost of electricity per Bitcoin mined is relatively high, ranging between $4,500 and $16,000. Bitcoin is currently at $44,000, and most miners keep the coins on their balance sheets. Other miners use renewable energy sources and stranded electricity.

Mining is time-consuming, and most miners spend thousands of dollars on hardware and maintenance. The hardware and electricity costs of mining for blockchain vary widely by region. Electricity rates vary throughout the year and are based on a number of factors. Nevertheless, power is required to run the ASICs, which consume massive amounts of electricity.

The cost of electricity becomes the biggest factor when calculating the bottom line. Electricity is also necessary for cooling the mining system. Ultimately, the amount of Bitcoins that are earned through mining is dependent on the difficulty level and number of calculations required to solve a puzzle.

Blockchain Without Mining - Is it Possible?

If you’re tired of spending hours solving cryptographic puzzles for Bitcoin, you might want to consider alternative forms of cryptocurrency mining.

This method does not require a computer but rather requires the miner to stake some form of collateral in exchange for coins.

While Bitcoin remains a popular cryptocurrency, it’s not for everyone. Mining cryptocurrencies requires high-end equipment and is limited to a select group of people who can afford to purchase the best equipment.

If you’re looking for a more environmentally friendly alternative to mining Bitcoin, you should look into Proof of Stake and other alternatives to mining. Both systems are similar in their requirements, but the main difference between them lies in their processing power.

For instance, Bitcoin mining consumes more energy than Apple, Facebook, and Alphabet combined. If these companies were using energy, Bitcoin mining would require the equivalent of 11 million U.S. households’ power usage in kilowatt-hours.

Other cryptocurrencies, such as Cardano and Stellar Lumens, have different ways of verifying transactions. This means that their mining doesn’t consume nearly as much energy as Bitcoin.

Proof of Stake mining reduces the environmental impact of mining

The Proof of Stake method of mining cryptocurrencies has many benefits for the environment. For starters, it helps reduce pollution and energy costs, which can be huge for mining.

Additionally, the process is scalable, reducing the overall mining footprint. This makes it an ideal choice for smaller mining operations. Also, it is fast and efficient, meaning that small-scale miners will be able to start mining cryptocurrencies as soon as they get the chance.

The switch to Proof of Stake mining will reduce the energy consumption of mining operations significantly. Traders will no longer have to rely on inefficient mining devices, minimizing their carbon footprint.

In addition, regulators can enforce energy efficiency standards and tax miners on their electricity consumption. This would replicate the carbon tax system that applies to household appliances. As a result, miners and NFT traders can significantly reduce their energy consumption.

Unlike the Bitcoin blockchain network, private blockchains generally operate without miners through the help of nodes. They are also more energy-efficient at adding blocks.

As a result, participation is strictly limited. Despite the high level of security, however, the security inherent in private blockchains makes them popular with many digital currencies and companies. There are several reasons for this widespread use.

Among the benefits of private blockchains are transparency and security. A private blockchain also does not need to incentivize miners to create blocks. Instead, the network runs on a system of nodes, which store a complete copy of the distributed ledger and are responsible for the reliability and security of the stored data. This way, the nodes act as small servers, providing the computing power necessary to operate the blockchain.

The disadvantage of private blockchains, on the other hand, is that the data stored on them must be distributed across hundreds or even thousands of nodes. For example, Bitcoin needs at least 100,000 nodes to keep track of all transactions, which increases its energy consumption.

Not only does blockchain mining require a high amount of energy, but it also requires high-maintenance hardware. Because of these problems, private blockchains are useful in only certain situations.

Another major disadvantage of private blockchain mining is that it is expensive. The infrastructure needed to run such a network is costly, as it requires new hardware, extra security features, and hefty code.

Furthermore, a private blockchain requires a large amount of electricity, which is costly and problematic for companies in unstable regions. As a result, private blockchains often require backup generators to continue operations.

The answer to this question is more complex than you think. While private and permissioned blockchains have system administrators to verify all transactions, public blockchains still widely depend on miners to create blocks and verify and secure transactions.

On the other hand, with crypto and blockchain mining approaching an inflection point, the fate of miners is increasingly becoming uncertain. With Ethereum switching to Proof of Stake, the incentives to mine will decline in favor of staking.

According to experts, mining cryptocurrency is no longer as profitable as it once was, and this trend will continue. Since mining comes with many disadvantages in terms of costs involved, electricity consumption, and wastage of resources, the blockchain industry will continue to look for better and more efficient alternatives. 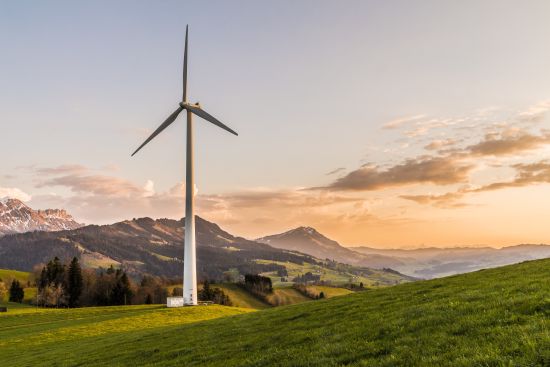 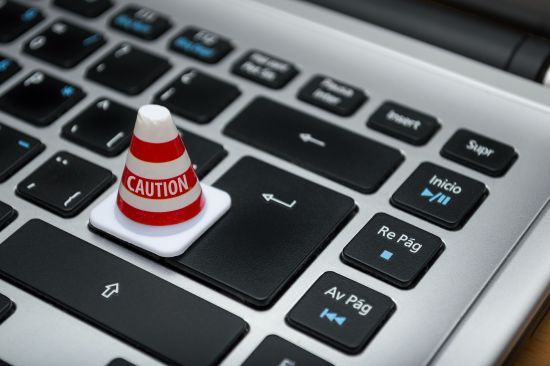 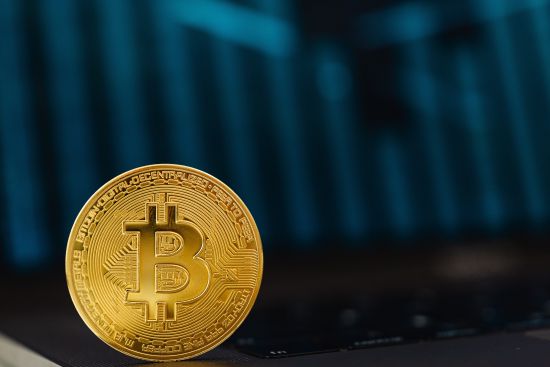