In 2022, more people are opening their minds and turning their eyes to cryptocurrencies.

Why? Because they are eventually starting to understand the vital importance of being in control of your own wealth, of being your very own bank.

Cryptocurrencies have seen a massive surge in popularity. This has been happening especially since 2020, when the pandemic hit, and it continues the upwards trend of popularity surge.

Interestingly, the digital assets have shown their strength and resilience precisely in times of crisis – that’s when Bitcoin seems to be shining more.

The rising popularity of digital assets results in more people learning about them and about their underlying technology – the Blockchain.

One of the most important questions that lie in everyone’s minds, especially in those newbies who are just hopping into the crypto wagon these days, when they hear about Blockchain technology, is whether the Blockchain can be hacked or attacked.

This is the subject that we’ll address below.

Blockchain is an innovative technology that can be seen as the answer to transaction-related issues that we’re dealing with these days.

The Blockchain’s popularity is on the rise, and the number of applications that it has is also heading straight to the moon. The tech is here to stay; that’s why it’s crucial to know the essentials.

Trying to keep it as simple as possible, we can say that the Blockchain is a distributed ledger tech (DLT) used to store info in blocks – these comprise the data structure. The ledger enables peers to store chunks of data in blocks that have uniform sizes.

The information is then distributed to computers clusters. There is no single entity that owns these computers, and this is an essential thing about Blockchain – the lack of centralized control.

Long story short, the Blockchain can be seen as a decentralized network that keeps the information about transactions/events introduced.

The network stores data which is verified by all users on the network.

Each block on the network is storing the hashed information from the previous one – they are all linked to one another. A hash means the data that identifies a block and carries its uniqueness.

Another essential thing worth remembering is that once a block has been added to the chain of blocks, it carries information that is transparent and immutable.

Transparency and decentralization of the Blockchain

The fidelity of data stored in blocks is crucial, just as the decentralization nature of the Blockchain.

Due to the decentralized nature of Bitcoin’s Blockchain, the transactions can be viewed transparently by individuals who have a personal node or who are using Blockchain explorers that allow anyone to see the transactions as they occur live.

The records that are stored in the Blockchain are encrypted, and this means that the users can remain anonymous and, at the same time, they can preserve transparency.

Regarding decentralization, in Blockchain, it refers to the transfer of control and decision-making.

This is transferred from a centralized entity which can be an organization, an individual, a group, and so on, to a distributed network.

Blockchain – The Issue Of Security: Can the Blockchain be Hacked or Attacked?

Security has been a fundamental issue regarding crypto and the Blockchain ever since the development of Bitcoin by Satoshi Nakamoto.

It’s important to note that, on the one hand, Bitcoin itself is extremely difficult to hack, and this is mostly due to the blockchain tech which supports the digital currency.

The Blockchain is constantly reviewed by Bitcoin users, and this means that hacks are unlikely. But, as we dig deeper into the subject, things get more and more complex.

The question of whether the Blockchain can be attacked or not has the following answer: there are indeed several ways in which it can be attacked, but before you freak out, you have to understand that these attacks on the Blockchain are becoming more difficult to perform as more computing power is added to the network.

Don’t worry; performing them is just as tricky and mind-boggling as their names.

How Can the Blockchain Be Hacked?

The Blockchain is supposed to be highly secure and unalterable as well, and this is why a lot of individuals have already dubbed the tech as unhackable.

But there are a few instances in which we’ve seen that hackers can access the Blockchain in certain situations.

Here are the three most likely scenarios when hacks can be performed on the Blockchain.

During verification processes regarding the Blockchain, miners are constantly reviewing the transfers in order to make sure that they are genuine.

One or more hackers may gain control over half of the mining process, and whenever we have this sort of situation, there can appear highly negative consequences.

Here’s an example: hackers have the ability to create a second version of the Blockchain, which is called a fork. In this one, certain transactions are not reflected anymore, and this allows the miners to create an entirely different set of transactions on the fork.

More than that, they will choose it as the authentic version of the Blockchain, but this is a fraudulent one.

Such an incident will also allow hackers to double spend the crypto. A 51% attack is more common on smaller scale Blockchains. Why? Well, because it’s harder for miners to gain significant control over much larger and more complex ones.

Also, in order to be able to succeed with such a hack, the hacker would have to control and alter simultaneously 51% or more of the copies of the Blockchain.

Such a huge attack would also need a massive amount of recourses and money. Crypto networks are growing at an extremely fast pace, and such attacks would review insurmountable costs.

Besides being extremely expensive, such a move would turn out unsuccessful; it would go unnoticed because the network members would be able to notice such drastic alterations being done to the Blockchain.

Then the members of the network would hard fork off to a new version that has not been affected, and this would cause the attacked version of the digital asset to drop in value significantly.

Such a thing would make the attack ultimately pointless – because the bad actor would gain control of a worthless asset.

This is the second instance in which hacks can be performed in the Blockchain.

At times, there can be security glitches/errors during the creation of the Blockchain. This is more common in the case of more complex and more extensive Blockchains.

When this is happening, hackers are searching for ways to identify vulnerabilities and then attempt an attack.

This was able to transpire with smart contracts, which use a Blockchain network in order to operate.

Smart contracts include functions such as assisting with the financial aspects of automating tasks and contract dealings.

Legal professionals can have to deal with these, according to Epiq.

If a security flaw exists on the Blockchain network where a smart contract is operating, hackers could have the ability to steal money from users.

They could do this without being detected, and this can happen because the fraudulent activity is not reflected.

The fact that the transactions on the Blockchain cannot be altered does not come in handy in such a case.

This would mean that the only way to get back the stolen money is to make a fork that all users see as the authoritative Blockchain.

A lot of Blockchain hacks have happened on crypto exchanges. These are the places in which users can trade crypto. If their security is weak, hackers will gain access to vital data.

Has the Bitcoin Blockchain ever been hacked?

This is the natural question that comes to one’s mind. It’s interesting to learn the fact that one of the biggest heists took place back in December when the crypto trading platform called Bitmart announced that fowl players broke into a company account, and they managed to steal about $200 million.

As a result, the company acted as q1ucikly as possible, and they froze all customer transactions for three days before it allowed them to be able to trade their money again.

Closing Words – Cypto and the Blockchain are Here to Stay

Regardless of these potential attacks and hacks, the digital assets and their underlying tech are definitely here to stay.

Bitcoin offers increased security to users, and the digital asset showed its ability to become a true hedge against inflation and a safe haven amidst a problematic world in which crisis became the new normality.

Last year, in October, Tesla CEO Elon Musk sent a message to governments all over the world. He said that the advancements of digital assets could be slowed down, but crypto and the Blockchain cannot be destroyed under any circumstance.

Here’s what the news portal decrypt.co quoted Musk as saying on September 19, 2021:

“I suppose cryptocurrency is fundamentally aimed at reducing the power of a centralized government. They don’t like that.” He continued and highlighted: “It is not possible to, I think, destroy crypto, but it is possible for governments to slow down its advancement.” 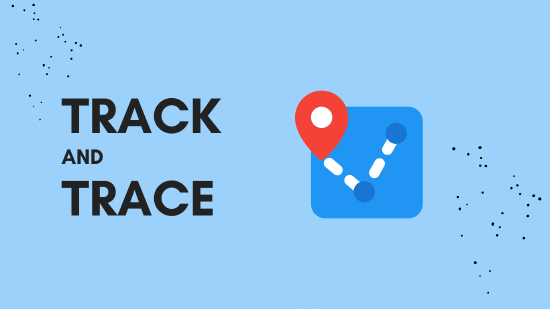 How Blockchain Technology Can Be Applied to Track and Trace