Bitcoin has been in circulation since 2009. Since then, many other cryptocurrencies have hit the scene, some making it big and giving tough competition to Bitcoin, like Ethereum and ADA.

Of course, some have tanked like LUNA, which lost a great part of its market cap overnight. This is the reason why cryptocurrencies and the blockchain aren’t being adopted as readily in traditional systems; you cannot have a currency as legal tender if you can’t accurately ascertain or control its value.

This does not end only with governments; the phenomenon extends to all sorts of institutions. For example, businesses are reluctant to use cryptocurrencies for payment because it becomes difficult to set the price.

If you charge 2 dollars for a product, and one day it costs 2 ADA, and another 1.97, and another 2.02, it will be inconvenient both for the business and the customers as well as create confusion about the value that the company is placing on the product. This is only the tip of the iceberg; this debate can get very complex very quickly.

However, not using cryptocurrencies as legal tender or a payment system does not mean that governments and institutions do not invest in them. Governments make all sorts of investments to generate revenue for welfare and other purposes of the state.

They invest in stocks, and developmental projects, and can even have companies and businesses under their fold. Thus, it only makes sense that governments invest in cryptocurrencies, too, especially Bitcoin, since the volatile markets can result in some exceptionally good profits if the investments are made correctly.

How Much of Bitcoin is Owned by Governments?

You might find the number surprising since most governments are opposed to the idea of giving legal recognition to cryptocurrencies as real currencies. Around 8% of all the Bitcoin in the world is owned by governments and companies. That’s about 1.6 million BTC, which is worth roughly 45.8 billion dollars. Bulgaria is the country that holds the highest number of BTC, 213,519 Bitcoin, valued at around 6.27 billion dollars.

If we look at other countries, Ukraine holds 45,351 BTC. El-Salvador has 9500, Finland 1981, and Georgia only has 66 BTC. Most of the BTC is concentrated in Exchange Traded Funds (ETFs), which are collections of thousands of different financial instruments in which you can invest.

The Grayscale Bitcoin Trust holds 644,000 BTC which are valued at around 18.9 billion dollars, an insane amount of money to have in BTC. CoinShares/XBT provider has 48,466 BTC, whereas the Purpose Bitcoin ETF has 31,453 BTC.

If we talk about governments specifically, the primary way through which they get hold of BTC and other cryptocurrencies is not an investment. They get them by seizing the assets of criminals and recovering assets from fraudulent activities, and they often offload the cryptocurrency when it is most profitable for them to do so.

The USA has had the highest amount of BTC over time, which it got through various methods. Let’s take a look at how different governments come into possession of BTC.

Governments and the Seizure of BTC

The US Government seized a lot of BTC from cracking down on the illegal online marketplace known as The Silk Road. The government was secretive about the exact number, but in 2020, it was estimated that the BTC was worth about $1 billion. The Silk Road was used to facilitate criminal activities like the buying and selling of drugs. When the IRS crackdown began and the founder, Ulbricht, was arrested. A lot of the accounts were seized and the US government got hold of those funds.

Another popular seizure of funds story is when the US government’s Justice Department took hold of $3.6 billion in Crypto this year. The money was originally stolen in a hack from Bitfinex in 2016. In the 6 years, the crypto had been shuffled around numerous times until a link was found to a suspect.

After a warrant was obtained to seize his cloud storage accounts, 2000 addresses and keys were found, almost all of them with transactions that could be traced back to the hack.

If we go back a year, IRS agents seized $1.2 billion in crypto. In 2020, they seized $137 million, and the year before that, the number was at $700, 000. We can see from the numbers that governmental agencies are finally catching up to the advanced methods that criminals have. This is a cat-and-mouse chase, however. As the authorities get better, so do the criminals.

There are various ways to do that. There are companies like Elliptic, TRM Labs, and Chainalysis that track the cryptocurrency world. Governments are highly invested in these companies since they provide ways to discover illicit activities and money laundering schemes. These companies keep an eye on what wallets are used for what purposes.

For example, a wallet can be used on an exchange, an online casino, or a darknet market. They also keep track of the flow of funds from wallets, since all the information is essentially public on the blockchain. However, it is hard to make sense of the numbers, thus these companies facilitate users and governments by providing visualizations and patterns of illicit activities.

There are three legal ways for governments to seize cryptocurrency. Everything that is related to cryptos, like exchanges and wallets, had to agree to the Western legal system to be able to operate in those countries. Thus, when fraudulent and criminal activity occurs, the governments have legal recourse.

The first way is that the government meets the probable cause and burden of proof requirements. After that, warrants can be issued to seize the funds, and exchanges are forced to hand over the funds to the relevant authorities. The government then puts those funds in a government-controlled wallet or freezes them to be used later.

The second way is if someone approaches the government, either an anonymous third party or a member of the ring, with the keys to the wallet in return for some benefits or a plea deal. This also happens a lot in other crime rings and is the primary way all the big cartels and mafias around the world were brought down.

The third way is weakening the target’s security. This means getting individuals to infiltrate crime rings, which is a very risky task and can take years to bear fruit. The targets are usually international crime rings, so governments that are sometimes not on the best terms with each other still have to work together to root out the criminals.

As governments get better at catching them, the criminals are also improving in moving the funds around. A new popular technique these days uses Mixers – people who pool together and mix funds from different sources and then send them out at random to confuse the source and destination of the funds. Mixers are currently moving around $50 million monthly on average.

Governments don’t have an answer to demixing these funds at the moment. There is so much fraudulent activity that it becomes downright impossible to monitor all of it, the reason why so much of it gets through government officials.

This means that the coffers of governments will continue to go bigger as they seize illegal funds, which will give them increased control over the crypto market. This also poses the risk of making decentralization more centralized in the interest of national security.

Yet, crypto cannot be allowed to be completely autonomous since the illegal activities held under the umbrella are getting troublesome day by day. If governments want to stall the progress of organized crime, terrorism, and illegal trade, it will put them in direct conflict with the blockchain ideology of decentralization.

Related
Which Banks Use Ripple XRP and Why?
Why Can There Only Be 21 Million Bitcoins?
Can The Blockchain Be Hacked Or Attacked? 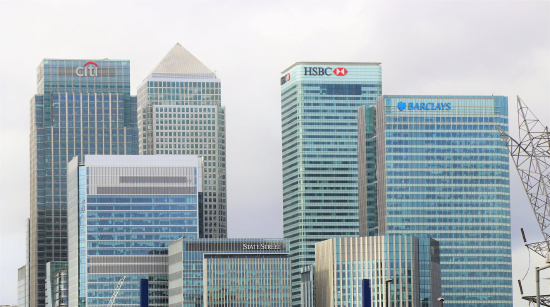