Has There Ever Been a 51% Attack on Bitcoin?

Cryptocurrencies like Bitcoin and Ethereum get their name from cryptographic hash functions that keep information secure on the blockchain from online hackers. In most circumstances, the built-in cryptographic functions are good enough to deter most hackers.

However, there is always a chance for a hacker to gain entry into the blockchain network and control the creation and flow of cryptocurrency coins. The chance is very low, but it has happened to many blockchains.

This blog entry explores one type of cryptocurrency hack: the 51% attack. Fortunately for BTC holders, this kind of attack has never hit the Bitcoin blockchain. But many other blockchains have been struck by one.

What Happens in a Blockchain Attack?

When a malicious user successfully attacks a blockchain, they can take control of the creation of new blocks while preventing existing users from completing legitimate transactions. In some cases, like Bitcoin, attackers would also control the creation of new tokens, which can be awarded to their own addresses.

Attackers can also conduct Direct Denial of Service (DDoS) attacks on legitimate or ‘honest’ users to prevent them from contacting the blockchain. This gives corrupt miners enough time to use existing funds on the blockchain or influence the blockchain to accept the corrupted blocks.

There are several types of blockchain attacks. Here is a list of some of the most recognized ones.

This type of attack occurs when a user sends two transactions simultaneously to different users, using two machines. The first transaction is received by the victim, while the second transaction is broadcast to the network.

The goal of the attacker is to receive the amount sent back from the network while rendering the transaction sent to the victim invalid. To prevent this attack, it is advisable to wait for at least one block confirmation.

A Sybil attack exploits the blockchain’s reputation system. In this attack, a node creates several pseudonymous identities to gain influence among other peer-to-peer nodes in the blockchain.

With enough influence, the attacking node can conduct illegal transactions. This type of attack is harder to detect, but it can be prevented by putting strict controls on user creation, trust mechanisms, and authority.

This attack is carried out by miners who do not release information about new blocks into the blockchain. In this instance, the miner spends newly mined tokens without network confirmations.

The goal is to send the coins to themselves so that tokens can be added to their pre-mined block. The transaction will be rejected by other network nodes over time. One way to reduce the risk of being hit with this kind of attack is to wait for 6 confirmations before finalizing a transaction.

This is a combination of Race and Finney attacks that targets transactions with only one confirmation. The goal is to reverse such a transaction altogether. The miner creates 2 nodes, one connected to an exchange network, while the other is connected to other peers in the blockchain.

The attacker sends two transactions to the entire network (one of a high value, and the other of a low value). They then follow this with a high-value transaction to the cryptocurrency exchange, along with transferring information about a new block.

After this transaction is confirmed, the attacker will then send another low-value transaction to the main network to cause the network to reject the previous transaction so that the coins can be redeemed to their address.

Vector 76 attacks can be mitigated by connecting to reliable peers on the blockchain network while disabling incoming connections.

In a 51 % attack, a malicious user attempts to gain control of the majority of the blockchain’s computing power. By achieving this, they assume majority ownership of a blockchain.

In this case, an attacker will be able to create new ‘corrupted’ blocks of the original or ‘honest’ blockchain. If allowed to persist, the new blockchain can become the persistent record on the digital ledger, and sell all coin deposits on an OTC exchange for fiat currency.

51% of attacks are difficult because it is very expensive to conduct such an attack in a real-life scenario.

Understanding 51% of Attacks in Detail

Blockchains are distributed digital ledgers that record online transactions. So in other words, they are a database of transactions operating on a network of computers. Transactions are validated by a consensus mechanism used by different computers. Bitcoin requires 3-6 computers to confirm a transaction.

Each transaction is recorded in a series of blocks that are connected by timestamps and cryptographically sealed. This keeps the record tamper-proof over time. To unseal the blocks, the network requires power to perform cryptographic puzzles. This power is shared across all participating computers.

If more than 50% of the computing power is taken by a group of users on the blockchain, we get a 51% attack. A 51% attack allows the malicious user to alter the function of the blockchain in several ways:

Here are Some More Points to Know About a 51% Attack

Has Bitcoin Ever had a 51% Attack?

Bitcoin has never experienced a 51% attack. While it is theoretically possible to conduct such an attack, it is very expensive, as we have pointed out in the previous section.

Furthermore, the top 3 BTC mining pools own more than a 60% stake in the network hash rate. Therefore, the likelihood of such an attack happening to Bitcoin is much lower.

If you are a Bitcoin holder, we recommend you take all the necessary precautions to guard against such attacks.

Bitcoin Gold (BTG) has been at the receiving end of a 51% attack twice. This is a textbook example of a small blockchain being vulnerable to this kind of attack.

A series of 3 attacks on Bitcoin SuperVision (BSV) occurred in 2021 in 3 months. While the blockchain was restored, its reputation was damaged. Ethereum Classic has been hit with many 51% attacks.

Litecoin Cash was one of the first PoW/PoS hybrid blockchains to be hit with a 51% attack.

51% of attacks are possible on any blockchain, but they are particularly easy to execute on smaller blockchains with lower hash rates. Coins that are compromised in this way can risk being delisted from cryptocurrency exchanges.

Many established blockchains like Bitcoin, Ethereum, and Cardano are very secure, and it is unlikely they will experience a 51% attack soon. 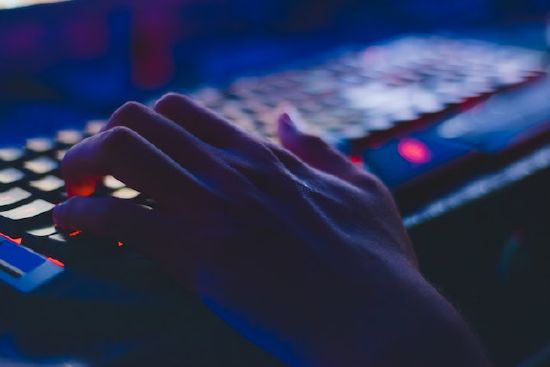 What is a 51% Attack on the Blockchain?

Are Proof-of-Stake Blockchains Susceptible to 51% Attacks?