The massive popularity that digital assets and their underlying tech, the blockchain, are enjoying affected and developed stablecoins. We cannot talk about the crypto space without mentioning stablecoins as well.

Stablecoins are cryptocurrencies with a price that’s designed to be pegged to crypto, fiat money, or to exchange-traded commodities such as industrial metals or precious metals.

Let’s have a look at the history of stablecoins and why they were brought into existence.

What is a stablecoin?

A stablecoin is a crypto that maintains a stable value against a pegged external class. The goal is to minimize price volatility, which is achived by keeping the value fixed against the following entities:

The main purpose that a stablecoin has is to negate the speculative nature of most cryptocurrencies. Volatility is what bothers important entities, especially the big players in finance.

They claim that the very volatile nature of crypto inhibits crypto mass adoption. Highlighting a more stable nature of crypto could help create a more consistent and reliable market environment in which the digital assets and their underlying tech, the blockchain, could thrive.

It’s important to mention that the most important stablecoins are pegged against the world’s unofficial global fiat currency, the US dollar, on a 1-to-1 ratio.

You might have already heard of Libra – a stablecoin launched back in 2019 by Facebook. Libra secures its value by collateralizing a basket that consists of currencies from multiple countries and short-term government bonds.

A brief history of stablecoins

The crypto industry is still in its infant days, and the liquidity of digital assets remains low. And low liquidity leads to high volatility.

High volatility remains a problem for the broader adoption of crypto assets because the frequent price fluctuations limit their practical use.

All of this led to the creation of stablecoins. Stablecoins use blockchain technology to create cryptos that remain stable in value against the pegged external asset class, as we mentioned above.

That is how Stablecoins are crypto with reduced volatility.

The First Stablecoins – BitUSD and NuBits

The very first stablecoins were issued back in 2014. BitUSD and NuBits were collateralized through other cryptos instead of fiat currencies. Both of these projects are still in existence.

CoolWallet, in their Complete Guide to Stablecoins, notes that the world’s first stablecoin was BitUSD, and it was released back on July 21, 2014. It was issued as a token on the BitShares blockchain.

BitUSD was collateralized by crypto, and it was backed by the BitShares core token called BTS. It was locked in a smart contract to act as collateral. But, it’s also very important to note that BitUSD lost its parity to the US dollar in late 2018, which triggered heavy criticism. Its live price floats around 80 cents to the dollar.

NuBits was released back in September 2014, and it was governed by the controversial Seigniorage system. This ultimately caused it to shed 94% of its value. It is a stablecoin that many say provides an illuminating case study for how stablecoins work in practice.

Since its beginnings, NuBits saw two crucial crashes. One in 2016 and the other in 2018. However, it managed to rise to more than $1.20 in value at its height. It resulted from investors panicking and struggling to offload their BTC into fiat. Currently, it is trading for about 6 cents – which is only a fraction of the $1 it’s supposed to be worth.

The lesson from NuBits’ crash is that if the crypto market is efficient, you would expect there to be increased demand for stablecoins during bear markets. You would also expect to see rapid solid downward pressure on stablecoins’ prices in crypto bull markets. The case mentioned above confirms that the market actors are behaving rationally.

It’s also important to remember that if a token is marketed as a stablecoin and its peg breaks, the people who hold it might consider legal actions.

You’ve probably heard about Tether (USDT), the stablecoin that came on the market back in 2015 on Bitfinex via the concept of collateralized off-chain stablecoins. It was backed by a real asset and managed to take off. The coin was initially called RealCoin but got rebranded.

The coin remains in the crosshairs of the US authorities due to the $31 million hack dating back to 2017. It’s also associated with massive price manipulation claims that linked Bitfinex trading with making up almost 50% of Bitcoin’s increase in price back in 2017.

There are two main types of stablecoins – the backed stablecoins and the Seigniorage style stablecoins, meaning the non-backed ones.

Here are the main features of commodity-backed stablecoins:

The value of this type of stablecoins is based on the value of the backing currency. A third-party regulated financial entity holds this. These are the most common ones on the market, and below we’ve listed their core features:

These are issues with crypto as collateral, and this is conceptually similar to the fiat-backed stablecoins. The difference is that while fiat collateralization typically happens off the blockchain, the crypto one is done on the blockchain.

These are the significant features of this type of stablecoins:

The Seigniorage-style coins use algorithms to control the stablecoin’s money supply. This is similar to a central bank approach to printing and destroying the currency. Their main features are the following:

Stablecoins are exciting as a convenient payment mechanism. They can be used to settle payments and also remit money worldwide seamlessly.

Stablecoins can also be integrated into digital applications that are cross-compatible with other systems, and this happens due to their open-source design. They are basically in contrast with the closed-system operations of traditional banks.

Here are the top 11 advantages of stablecoins:

Consensys's State of Stablecoins 2019 report reveals the common use cases where stablecoins can bring stability to the crypto table. Here they are as quoted from the report:

There’s a strong surge in the convergence of the Internet of Things, Artificial Intelligence, and Augmented Reality applications.

In such scenery, stablecoins, especially those issued by huge consortiums, can morph the payments and transfer processes such as sending messages from one corner of the world to another.

Stablecoins are boosting the adoption of digital assets while bringing more trust to the crypto space.

Related
Can The Blockchain Be Hacked Or Attacked?
Why Can There Only Be 21 Million Bitcoins?
Who Runs Ethereum? Here is the Big Picture 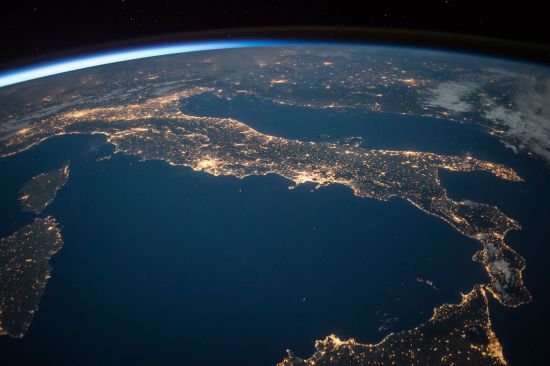