It is quite satisfying to see that blockchain technology has spread across to a variety of domains (other than just cryptocurrencies) and pretty much every industry is quite eager to incorporate it.

It has not only allowed the businesses to revolutionize their current use cases, but entrepreneurs are also taking the lead in coming up with robust ideas to transform their respective domains.

In this article, we will talk about some top blockchain startups that deserve the limelight in 2021 because of their uniqueness and the ability to reshape the industry.

There are hundreds and millions of documents floating over the internet without any proof that they are authentic. Once a document is downloaded from a credible website and shared with someone else, there is no practical way for people to identify the legitimacy of the document and it becomes a grave concern, particularly in the healthcare, government, and financial sectors.

This is where OriginStamp comes into play and allows the users to protect their documents by ensuring that end-users can always verify their originality and time of creation. Once you upload a document to the dashboard and it is timestamped, the record is updated on the blockchain ledger and there is no way that it could get tampered later on. While it sounds fancy, please note that the entire process takes one click only!

Apart from this, the platform also allows you to upload the documents in bulk and timestamp all of them at once, thus reducing the hassle.

Since there are several cloud-based document storage systems, OriginStamp offers a vast pool of apps to integrate (1500+) so you can easily import the files from the likes of Google Drive, Outlook, One Drive, and several others.

The reason why it’s included in our top blockchain startups list is because this platform is a complete package and other than just documents, it has extended the reach to timestamping voice recordings, photos, and other important data on mobile phones.

To clue you in about the progress made over the years, please note that the platform has created more than 10 million timestamps and is ruling the niche for well over 9 years.

In the last couple of years, we have seen extensive blockchain implementations (even at the national levels) in the healthcare industry. Let it be the supply chain or management of patients’ records, the demand is growing quite aggressively.

This is where Solve Care comes into play and provides a decentralized approach for managing and administering the benefit claims and disbursement of payments. In a very short span, they have taken onboard several insurance companies, clinics, benefits administrators, care organizations, employers, and of course, governments as well – which is a huge milestone!

Since bureaucracy happens to be a major hurdle in bringing transparency to this sector and several people die every year because of this major issue, the use of blockchain can increase the efficiency of healthcare systems.

Now that we are talking about healthcare, let’s dig deeper into the subject and see how the blockchain technology is proving its usefulness in micro niches as well.

DNAs have always fascinated us and with the help of Genomes, you can now store your entire DNA data on Ethereum blockchain, thus keeping it secure and allowing you to decide whether you want to share it with someone or not. As a prospect, they might even monetize this use case and allow you to earn ETH tokens by renting your DNA data to research organizations.

Every supply chain system consists of a complex and knitted network of vendors, suppliers, manufacturers, retailers, and end consumers. Moreover, if a particular use case is running in a mega-industry, the chances of losing track of shipments become imminent due to the lack of visibility.

As the name suggests, Provenance targets this crucial aspect and allows e-commerce businesses to track every aspect of their supply chain through the platform. Please note that it’s not only limited to the retailers and even the end-users can download a mobile app to verify (at the time of buying) whether their money is being well-spent or not. If they are happy with a business conducting their dealings honestly, the app gives them an option to tip the business owner as well.

It may seem like an ordinary use case at first, but its long term effects are quite significant as it entertains the formation of a mutually sustainable society where businesses can track their shipments, realize their responsibilities and the end-users can help them financially!

Due to the very reason, this platform has won ‘Blockchains for Social Good’ prize as well and was awarded 1 million euros to enhance the platform.

Even a decade after the launch of Bitcoin (and thousands of cryptocurrencies that came after it), the industry is quite segregated. For instance, the Bitcoin and Ethereum networks cannot communicate with each other seamlessly (and directly) and if a user wants to buy both of these, he is required to sign up for both networks (via an exchange) and then acquire the respective currencies.

While this segregation results in reduced user-friendliness, it is also a major factor in increasing the network lag and associated transaction costs.

Therefore, Bankera offers a robust solution in this regard and brings the entire crypto industry under one roof. Whether you want to buy different cryptocurrencies, avail loans against a variety of tokens, invest in crypto-indices or pursue wealth management solutions for cryptocurrencies, this mini-bank can handle all of the facilities (in terms of cryptocurrencies) offered by your regular bank.

The blockchain industry keeps on talking about decentralization and giving the ultimate power in the hands of users, but there should be some accountability as well, right? This is where Coinfirm offers an ingenious solution.

Although the platform never reveals the real-world identity of a user, they are doing pretty well to curb money laundering. The AML-based platform runs more than 270 checks on the activity of users to generate their ‘digital reputation’ and then assess their risk status to categorize further. It does so by continuously monitoring the crypto and other blockchain-based assets possessed by the users. If there is an anomaly in spending, buying, or HODLing patterns, the system raises flags.

Apart from that, Coinfirm does a great job in helping you to reclaim your funds in case of a cybersecurity event. As soon as you report a theft, the platform will instantly distribute the recipient’s wallet address to a variety of crypto markets to warn them about the fraudulent spending and ideally, pursue the fraudsters to handover the funds (although it is not guaranteed).

In order for a business or solution to be mentioned in the list of top blockchain startups, it is important to be a problem solver! This is where this elrond provides a major help to the industry by countering the latency issue faced by some very popular and mainstream blockchains.

They are providing a massive 1000X improvement in the transaction speed, which means that instead of conducting, let’s say 10 BTC or ETH transactions per minute, you can now send money to about 1000 people in a minute!

When the first cryptocurrency was introduced and blockchain became mainstream, most of the people though that this technology is just meant to facilitate digital currencies. However, over the years, this concept has changed as we have seen some generalized implementations, like Ethereum and THORchain.

Apart from just entertaining cryptocurrencies, this blockchain startup allows users to transfer or rather exchange the assets from one chain to another, without enforcing the crypto-oriented architecture. As a result, transactions happen much faster. It is also worth noticing that since this platform provides multi-chain architecture, it has the ability to execute transactions in parallel and reduce the stress on the network.

Although there have been many such implementations in the past, the reason why it has gained immense popularity is that it effectively gets rid of the intermediaries and ensures that none of the third parties has access to your assets while they are being exchanged.

Miracles happen when decentralization and Artificial Intelligence are combined! See, in the philosophy of blockchain, a consensus is just putting trust in the majority of the network. But what if something fishy is happening in between the smaller transactions?

So, the reason why we have put Fetch.AI into our list of top blockchains startups is that it utilizes the power of AI to understand the characteristics of illegitimate transactions and then raise flags whenever such an event happens in the future.

Please note that this platform is primarily for IoT devices and since the technology is open source, the developers are at the liberty to create any use case on top of it! Just to get a flair of its immense success, it is worth mentioning that Fetch.AI raised whoppingly huge funding of 11.2M GPB in the very year it was launched. 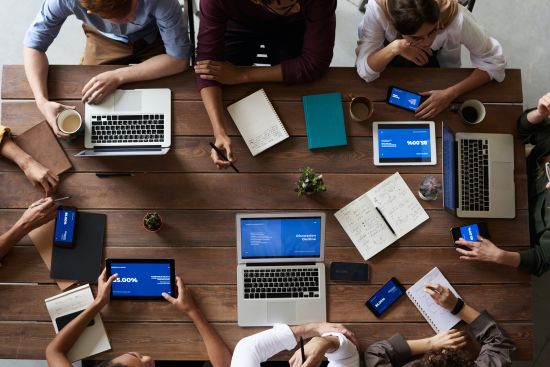 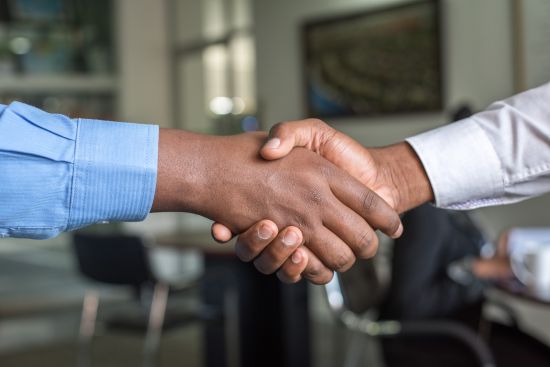