If you’re new to the blockchain space, you might be wondering, “What is Tron, and what is it used for?”

The blockchain-based, decentralized digital platform Tron has its own cryptocurrency, the TRONX (TRX). The company was started by a Singapore non-profit organization in 2017 and is now a global force. The company has acquired BitTorrent and has plans to expand worldwide.

Just one of the many advantages of this decentralized system is the fact that it removes corporate middlemen from the media consumption process.

This article will explain all you need to know about the Tron token and its ecosystem. From there, you can move on to learn about the blockchain’s smart contracts. While the terminology may be difficult to grasp, it’s easy to understand.

Tron is a decentralized blockchain platform designed to promote content and entertainment. The network has the capacity to process 2,000 transactions per second and is based on a delegated Proof-of-Stake consensus. Tron users elect “super representatives” (SRs) to validate transactions, earning fees for their services.

Unlike the centralized financial system, the decentralized network is run by individual users. Tron is designed to help developers create decentralized applications and smart contracts without incurring the high transaction fees and latency of conventional networks. To avoid these issues, Tron uses a three-layer architecture, with a core, storage, and application layer. Tron also uses a delegated Proof-of-Stake (DPoS) algorithm to ensure that no single person controls more than one node in the network.

Since its launch in 2018, Tron has grown significantly in popularity and user base. As of July 2022, there were over twenty-six million unique wallets holding TRX. Last month, the total number of users was over 100 million. The number of smart contracts on Tron is also growing. Currently, there are 564 dApps built within the Tron ecosystem. These initiatives are supporting the ecosystem’s growth and empowering multiple community-led projects.

Being a cryptocurrency, the Tron token is based on decentralized technology. The main purpose of Tron is to redistribute the power in the content distribution industry and to provide tools for democratic content creation.

Besides providing APIs, Tron also powers several other applications, such as SpaceToast, a hyper-burn deflationary token that earns static rewards when HODLing (buy-and-hold indefinitely). JustSwap, an app that allows users to instantly exchange TRC20 tokens for other coins, is another popular Tron application for trading. These decentralized applications are intended to benefit the public in a variety of ways, from facilitating global trades to securing financial transactions.

The Tron token has a supply of 92.4 billion coins. It currently holds the 17th spot on the list of top cryptocurrencies by market cap. In January 2018, Tron reached an all-time high of $0.34. Though the price has gradually decreased over time, the cryptocurrency continues to gain popularity and acceptance.

How Does the Tron Token Work?

Tron plans to use the blockchain as the foundation for a global content-sharing system. It promises rewards for content creators within its ecosystem. It also hopes to expand its reach by using peer-to-peer networks and becoming a global operating system. This means that users can upload and share all types of data without restrictions, including videos, photos, and music. Users can also use this token as an in-game currency.

Decentralized social media is the future of the internet. Tron uses blockchain technology to operate a global system of content. The token, TRX, is used to pay content creators and share their content on the platform.

Unlike traditional social media platforms, Tron uses permissionless tools and protocols to deliver content to users. In addition to its use in decentralized applications, Tron is also used in smart contract-based financial projects. The Tron ecosystem is an open-source project, so you can expect that the network will only grow over time.

The TRON ecosystem includes a DEX, blockchain explorer, wallet, decentralized oracle, and lending platform. This blockchain network is increasingly moving toward decentralized finance. Smart contracts are executed on the Tron network using the Tron Virtual Machine, which has a three-layer architecture to distribute resources among TRX holders. Currently, the network is capable of processing more than 2,000 transactions per second.

The DAppchain is a collection of side chains connected to the TRON blockchain. The DAppchain is a smart contract compatible with and facilitating almost every feature of the main Tron blockchain. The Tron wallet, on the other hand, was introduced to users in the second half of 2018, allowing them to manage multiple wallets from one mobile application. By using a DAppchain, users can store and transfer money without the need to download the software.

In addition to decentralizing exchanges, Tron is used for lending platforms, gaming, and movie streaming. Consumers can pay content creators directly with their Tron tokens. Ultimately, this means that the system will result in a level playing field for all creators. A decentralized platform like Tron is much better and more accessible for users than a centralized network. However, this network is not free of security vulnerabilities.

However, the traditional method of integration between a smart contract and the blockchain is made possible through a conversion. For those unsure of how to code in Solidity, Tron Studio is now available. This new IDE provides a convenient GUI and compiles instructions that make the process easy and stress-free.

Because it is based on a blockchain protocol, Tron Smart Contract Auditing helps businesses assess the security of their smart contracts and identify possible vulnerabilities. This audit also identifies security enhancement recommendations. Because of the flexible nature of these contracts, they can be used in almost any industry, including the MLM (multi-level marketing) industry.

Hence, Tron smart contract development is constantly growing in popularity. While it is still in its infancy, its potential to boost sales, user bases, and revenues are undeniable.

In addition to enabling decentralized applications, Tron uses an efficient instruction set and a stack-based virtual machine. Advanced languages are used to develop smart contracts, which can be used to create new applications.

The platform also comprises a distributed storage protocol, which includes both State Storage and Block Storage, as well as a Graph Database. The latter is more advanced and meets the demand for varied data storage. The Tron ecosystem also supports an array of dApps that can be executed through smart contracts.

The development team behind Tron is trying to create a decentralized protocol that powers a worldwide platform for free content entertainment. Tron has successfully used this protocol for online gambling applications and has even partnered with video game companies to provide rewards to gamers.

They plan to use Tron as a reward system for artists as well. However, to achieve this goal, they need to differentiate themselves from preexisting platforms, especially since Tron has been dubbed an “Ethereum Clone” by some researchers.

While the underlying technology behind Tron is similar to Ethereum, it is more of a unit of value. The token aims to become a universal exchange for digital assets such as Bitcoin. As of today, the cryptocurrency is mostly following the bear market trajectory but is expected to bounce back soon. However, before that happens, the price of the Tron token must first increase. Currently, Tron is trading around $0.06962.

The project’s development has opened up the financial market for many different types of users. A new crypto called USDD was created on the Tron blockchain in April of 2022. It will allow users to make seamless conversions between TRC20 tokens. The USDD will be backed by Tron DAO Reserve to ensure that its value is stable and earn APY from stakers. In addition, the USDD will earn a 40% yield in the Tron DAO Reserve.

The blockchain technology behind Tron was originally created for Asia, but has quickly grown into a global blockchain platform with more than 100 million users. It is focused on creating a new entertainment industry that eliminates the middleman, enabling content creators to sell their work directly to buyers. This means that content creators will have more control over their work, which is why the slogan “decentralize the web” is so appropriate.

The future of Tron

Tron is already becoming an important digital currency for investors, and its developers have a variety of interesting plans for its future. Despite its relatively recent growth, it remains a promising investment. Investors have also been attracted by the lack of regulation, and Tron’s developers have intriguing plans for use cases. This is what makes Tron stand out from other cryptocurrencies, and this makes it a potentially valuable platform for the future.

Despite being the 17th largest cryptocurrency by market cap, the token has had its fair share of scandal. There have been accusations of plagiarism and a critical flaw in its protocol. Even Justin Sunn, the founder of Tron, left the project in 2021, causing its price to plummet. Further, the negative crypto market environment only exacerbated this problem. Ultimately, it is unclear whether the future of Tron lies in the company’s new partnership with American Crypto Systems.

Related
What Are Algorithmic Stablecoins?
What Is XRP and Who Uses It?
Which Banks Use Ripple XRP and Why? 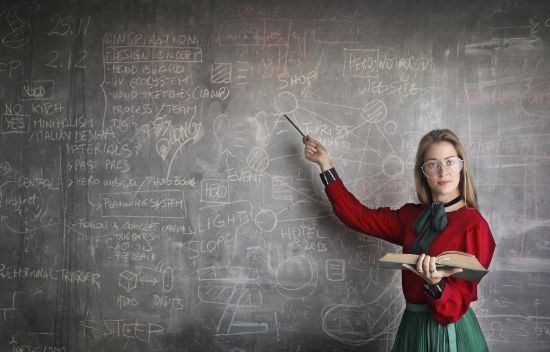